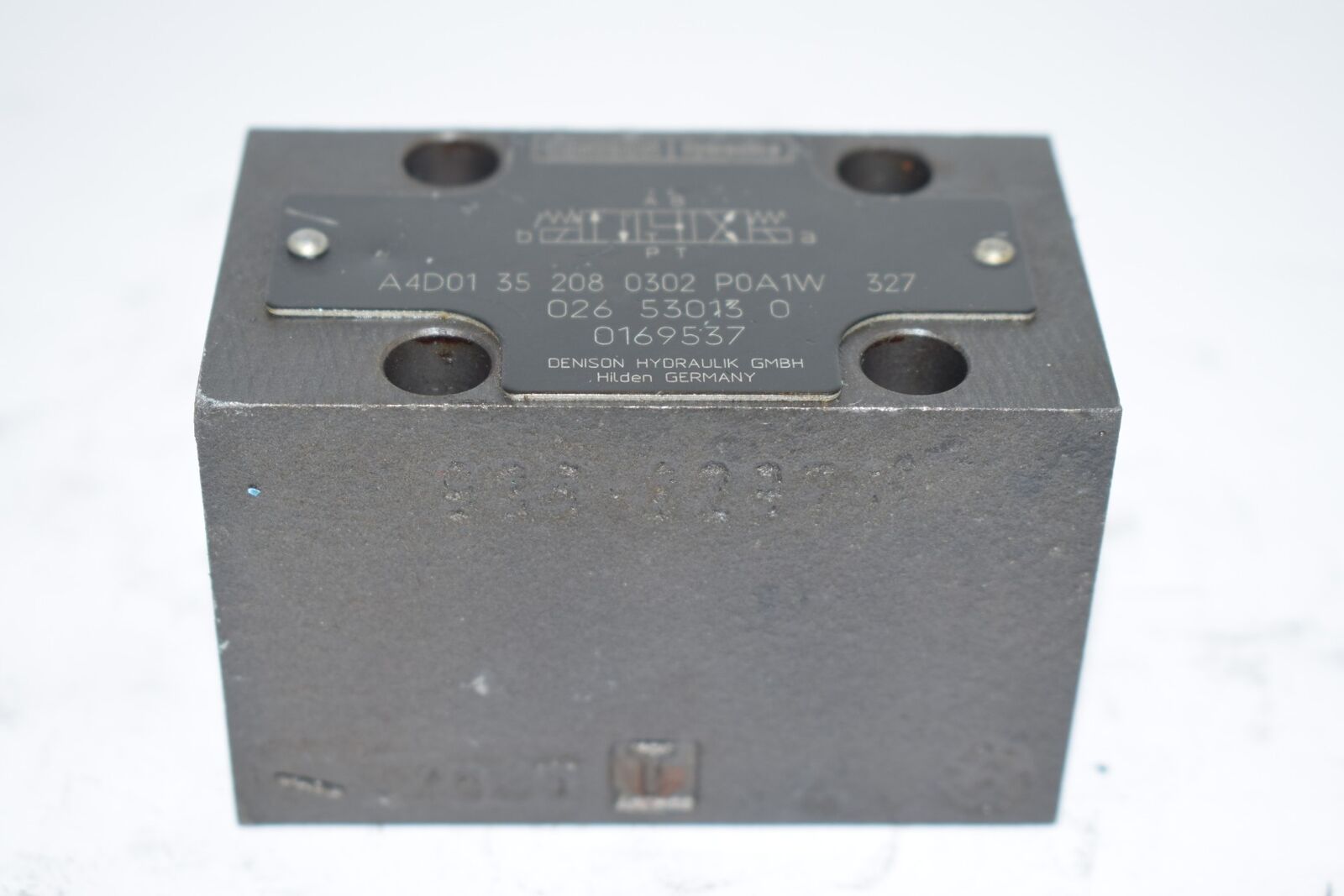 Condition:
Used:
An item that has been used previously. The item may have some signs of cosmetic wear, but is fully operational and functions as intended. This item may be a floor model or store return that has been used. See the seller’s listing for full details and description of any imperfections.
Seller Notes:
“Used condition, with normal signs of wear. Comes as shown, please check pics.”
Brand:
Denison
Model:
026-53013-0
MPN:
A4D01-35-208-0302-P0A1W-327
Manufacture:
Denison
UPC:
Does Not Apply 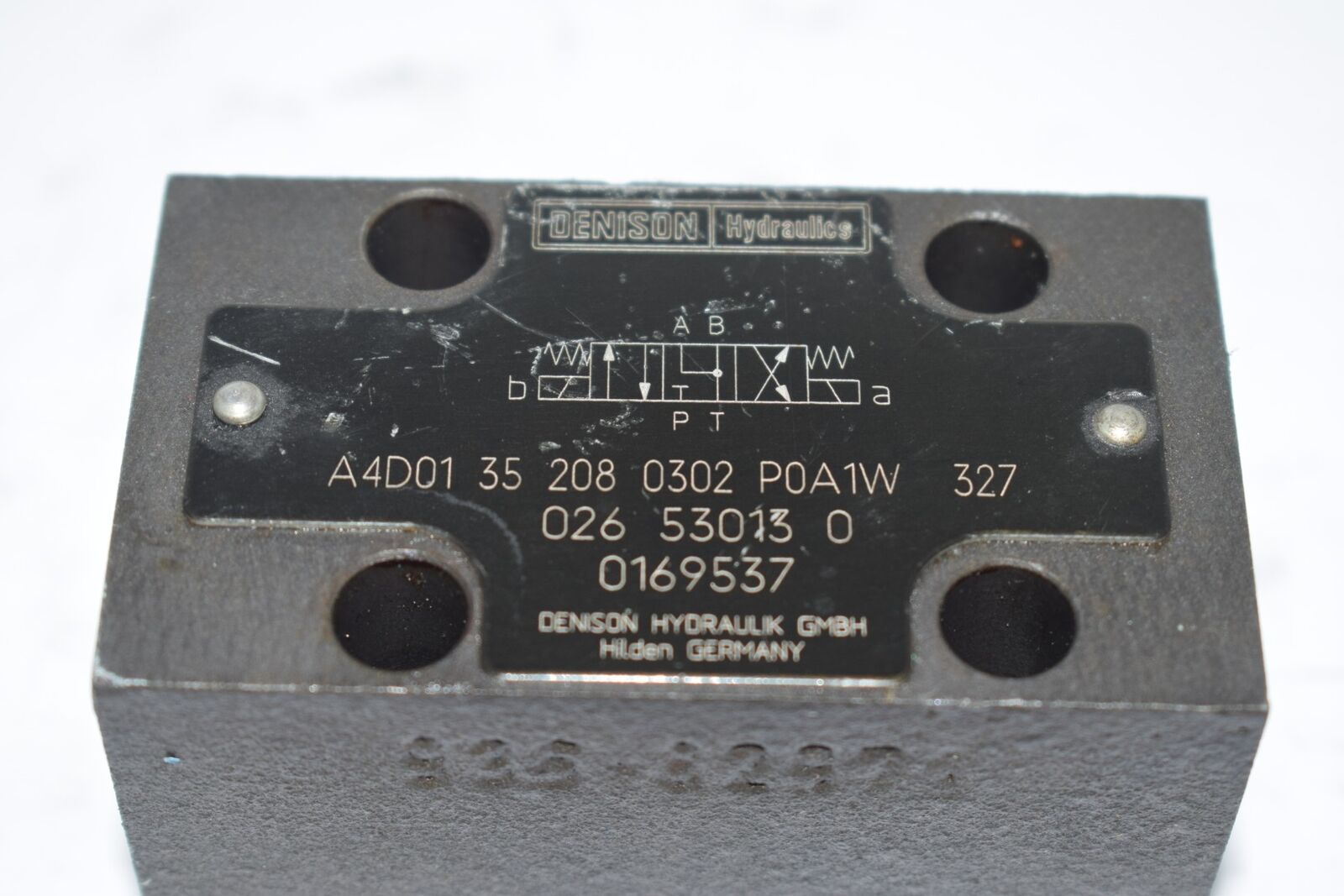 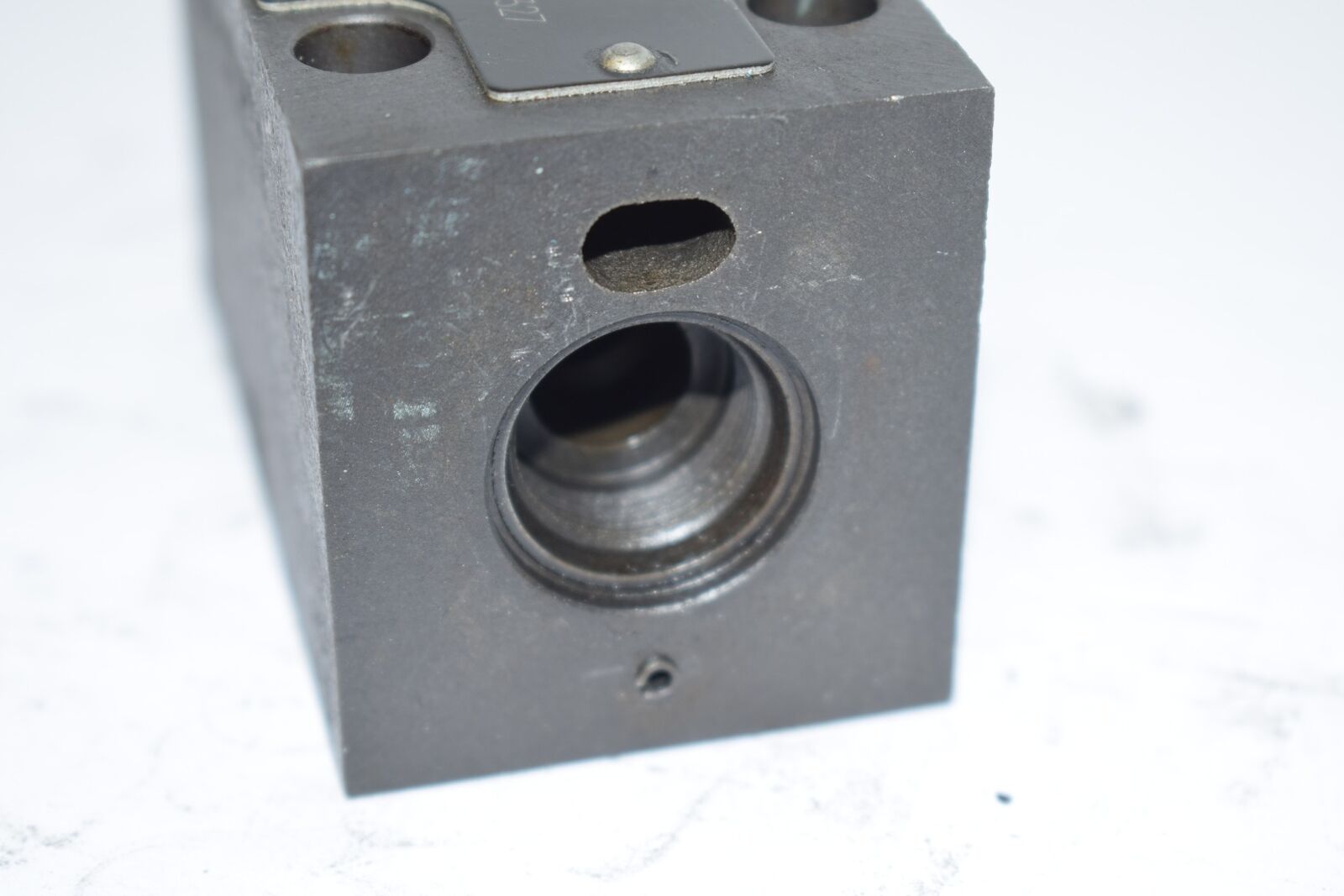 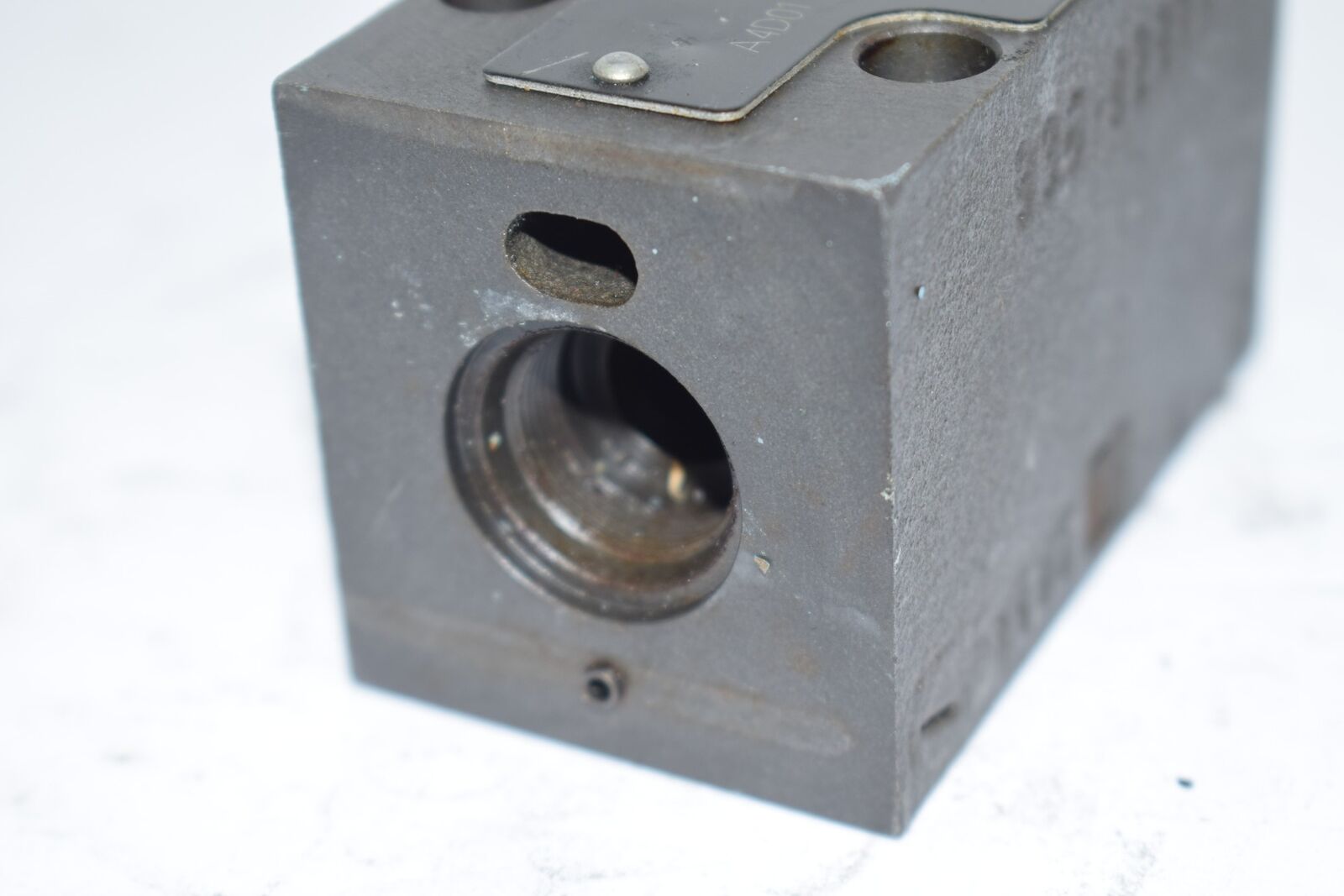 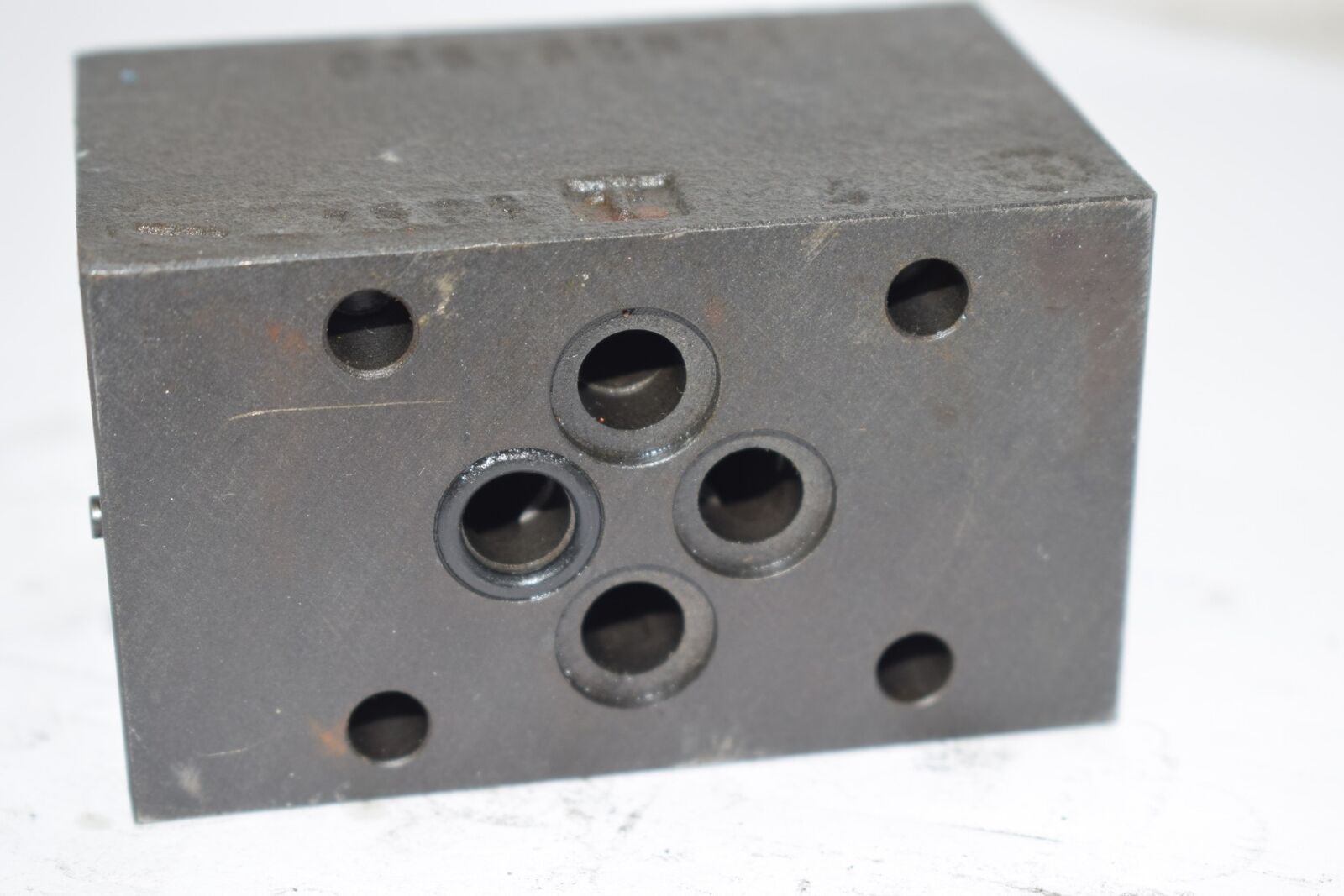 FreeType is a freely available software library to render fonts.

It is written in C, designed to be small, efficient, highly customizable, and portable while capable of producing high-quality output (glyph images) of most vector and bitmap font formats.

Some products that use FreeType for rendering fonts on screen or on paper, either exclusively or partially:

Counting the above products only, you get more than a billion devices that contain FreeType.

This is a maintenance release with no significant changes. For more details on the various fixes and changes please see here.

We are now using the infrastructure of the gitlab instance of freedesktop.org. All bug issues have been imported (kudos to Anurag Thakur for doing this tedious job!), together with the git repositories, which have been renamed to freetype and Magnalite Classic 10" Frypan NEW WITHOUT BOX Made in China Skill (this is, we are dropping the ‘2’ in the repository names).

The git repositories at Savannah will stay as mirrors.

This is an emergency release, fixing a severe vulnerability in embedded PNG bitmap handling (see here for more).

All users should update immediately.

This is a maintenance release, having better support for TrueType glyphs with overlapping contours. See the list of changes for more details.

A warning for distribution maintainers: Version 2.10.3 and later may break the build of ghostscript, due to ghostscript's use of a withdrawn macro that wasn't intended for external usage. A fix is available Lens Mount Adapter for Olympus Zuiko OM Mount Lens to Micro 4/3.

Besides various maintenance fixes, this release comes with support of WOFF 2 fonts. More details are listed in the list of changes.

A new maintenance release, fixing bytecode hinting of OpenType variation fonts and cmap processing of PCF fonts, among other things. Check the list of changes for more fixes.

This release brings one notable feature, namely support for color-layered outline glyphs (for example, scalable emoji glyphs). Additionally, the API reference has been completely overhauled and modernized, as already announced.

As usual, many minor fixes and corrections have been applied also; a detailed list is given here.

A revamped version of the FreeType website is available for preview here. It includes a complete interface redesign, and uses markdown as input which greatly improves maintainability. Comments are welcome.

This is a maintenance release; most importantly fixing correct handling of Type 1 fonts with flex features, which was broken in version 2.9. An overview of the remaining changes is given here. All users should upgrade.

If you are going to use variation fonts, please update to this version since it comes with some important fixes. More information on this and other changes can be found here.

FreeType 2.8.1 has been released. This is mainly a maintenance release with one important change: By default, FreeType now offers high quality LCD-optimized output without resorting to ClearType techniques of resolution tripling and filtering. In this method, called Harmony, each color channel is generated separately after shifting the glyph outline, capitalizing on the fact that the color grids on LCD panels are shifted by a third of a pixel. This output is indistinguishable from ClearType with a light 3-tap filter.

The FreeType project was accepted to be part of Google Summer of Code 2017! Here's a link to our ideas list – if you have another one, please write to our mailing list so that we can discuss your suggestions, eventually adding them to the list. And if you want to participate as a student, now is the time to discuss everything, again using the mailing list.

FreeType 2.7.1 has been released. The most important news is preliminary support of Adobe's new CFF2 font format and variation fonts as specified in the new OpenType specification version 1.8. It also fixes the handling of raw CID fonts (which might be found in PDF files)

We start a new ‘minor’ series, which finally allows us to activate a new default mode for bytecode hinting (see also the announcements below for version 2.6.4 and 2.6.5): Subpixel hinting, also known as ClearType hinting.

In case you are already using subpixel hinting (for example, by using the ‘Infinality patches’ as provided by some GNU/Linux or BSD distributions, or directly from bohoomil.com), be noted that the new mode might provide subtle differences; the code was simplified to make it much faster. If you are used to the old full-pixel hinting, you will see many rendering changes. If you really dislike them, you can disable them at compile time or using the new FREETYPE_PROPERTIES environment variable.

A description of the remaining changes can be found here, as usual.

This release is almost identical to the previous version, with two differences.

FreeType 2.6.4 has been released. The most important change is a new bytecode hinting mode for TrueType fonts that finally activates subpixel hinting (a.k.a. ClearType hinting) by default.

FreeType 2.6.3 has been released. It brings support for four new Asian scripts in the auto-hinter (Khmer, Myanmar, Kannada, and Bengali), together with other, minor improvements and bug fixes.

More on the 2.6.2 release for users and developers

FreeType 2.6.2 ships with three interesting details for users and developers of rendering libraries that deal with text. Read more.

FreeType 2.6.2 has been released. This is a minor release that mainly provides better handling of malformed fonts. All users should upgrade.

A new feature is stem darkening support for the auto-hinter. Note, however, that it is off by default, since most graphic systems don't provide correct linear alpha blending with gamma correction, which is crucial for a good appearance. For the same reason, stem darkening for the CFF engine is now off by default, too.

See here for a more detailed list of changes.

FreeType 2.6.1 has been released. This is a minor release that corrects problems with CFF metrics, and that provides better handling of malformed fonts. Two notably new features are auto-hinting support for the Lao script and a simple interface for accessing named instances in GX TrueType variation fonts.

FreeType 2.6 has been released. This is a new major release that provides a better (and simpler) thread-safety model. Among other new features we now have auto-hinting support for Arabic and Thai, together with much improved handling of Apple's GX TrueType variation font format.

Besides user support and fixing bugs, your money will help me implement the following issues.

FreeType 2.5.3 has been released. All users should upgrade due to fixed vulnerability in the CFF driver (CVE-2014-2240).

Its main new feature is much enhanced support of auto-hinting SFNT fonts (i.e., TrueType and CFF fonts) due to the use of the Wilson Cash Money Ball Benjamin Franklin Basketball Indoor Outdo library. A more detailed description of this and other changes can be found here.

FreeType 2.5.2 has been released. It fixes a serious bug introduced in version 2.5.1; all users should upgrade.

A listing of the changes can be found here.

Among other changes I want to mention that FreeType's TrueType debugger (ttdebug) has been made more versatile. An exhaustive list of changes can be found here.

Thanks to a very generous donation by Pierre Arnaud from Epsitec, the pledgie campaign for FreeType has reached its goal. I want to say thank you again to all donors! Of course, noone stops you from further donating to the campaign :-)

After integration of Adobe's CFF module and Google's color emoji support, I will use the next months to work on the remaining issues that I've promised to implement. Stay tuned!

FreeType 2.5 has been released. A major new feature is support for color embedded bitmaps (eg. color emoji), contributed by Behdad Esfahbod on behalf of Google. Additionally, Adobe's CFF engine is now the default, which makes a good reason to change from the 2.4.x to the 2.5.x series.

On the technical side, the property API to access FreeType module parameters (FT_Property_Set and FT_Property_Get) is now declared as stable.

As usual, see this file for the complete release notes, which give more details. And we have again blog entries from Adobe and Google.

[Please download the 2.5.0.1 bundle of the FreeType library, which fixes a packaging error.]

The links collected in this section are useful if you want to put FreeType into a larger frame of understanding.

Detailed information on the font formats supported by FreeType can be found in the file formats.txt, which is part of the FreeType source code bundle.

These libraries work on top of font rendering libraries like FreeType to provide sophisticated text (string) layout, being able to handle OpenType features in particular. All of them use Starter Deck V For Victory YS13 x1 Brand New Sealed YGO Yu-Gi-Oh for font and text encoding.

This page is maintained by Werner Lemberg. The FreeType logo has been designed by Manuel Colom.